Love in the lavender fields

Love in the lavender fields 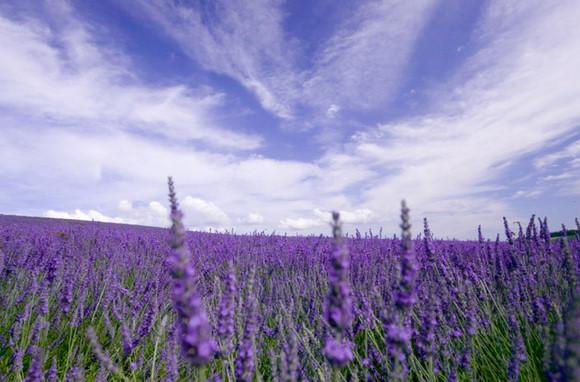 As lovers in China look forward to Chinese Valentine's Day, retailers are trying every means possible to boost sales during a traditionally free-spending period.

The Qixi Festival, normally celebrated on the seventh day of the seventh lunar month in China, falls on Aug 6 this year. These days are considered to be a time to express love to sweethearts, although in traditional Chinese culture it was a day for young girls to demonstrate their artistic skills such as embroidery and wish for a good husband.

Just as with the Western Valentine's Day on Feb 14 every year, the Qixi celebration provides a good business opportunity for gift retailers, florists, restaurant owners and theme park operators. Industry insiders said that because the upcoming Qixi falls on a Saturday it might bring more opportunities than Valentine's Day this year, which was on a Monday and clashed with Chinese Spring Festival, when many young Chinese prefer to stay with their families rather than with their sweethearts.

"The Qixi Festival falls on the weekend so I will have more time to stay with my girlfriend. We can seek more leisure activities or have a short trip outside Shanghai," said Lu Tian, a Shanghai resident.

Travel agencies have embraced the entrepreneurial spirit to the maximum, offering various travel plans for lovers. China International Travel Service (CITS) in Shanghai said they would have at least seven short distance itineraries for people to consider.

Tian Jinfang, general manager of the domestic travel service department at CITS, said the number of people traveling outside Shanghai would increase by 30 percent during the Qixi Festival.

"People may prefer to visit natural scenic spots where there is shade from trees and rivers where it will not be that hot, for example Mount Mogan in Zhejiang province," said Tian. "Bookings are currently open and making a reservation one day in advance is OK."

A bouquet of flowers is considered an essential gift during Qixi. Young people will have sent orders to florists a week early to ensure their girlfriend or boyfriend gets the delivery on time.

"Some people place orders one month in advance," said Song Feifan, manager of Beijing Clown Fresh Flowers. "We will operate at full capacity during the Qixi Festival, but still a third of orders will not be fulfilled".

Nie Jinzhong, marketing manager of a Shanghai-based Huiqu gift store who also operates an online store on Taobao.com, said demand will peak three days before Qixi and orders from outside Shanghai will be not be accepted on August 6.

For those who want to enjoy a romantic time on this special day, a theme park tour might be an ideal choice. Blue Dreamland, in Beijing's Chaoyang district, is said to be one of the most romantic garden manors in China. Its operators have planted 20 hectares of fragrant lavender in the garden to attract lovers for wedding photos and tours.

Blue Dreamland say summer is the best season for people to visit the lavender garden and they expect many visitors on Aug 6. Tickets cost 40 yuan a person.

However, retailers say that sales on Feb 14 are normally much better than during the Qixi Festival.

"The Western Valentine's Day is well recognized by white-collar workers in large cities because it was adapted from overseas. However, the traditional Chinese festival is not that accepted," said the retailer Nie in Shanghai.

Some young people have said that having two Valentine's Days imposed a financial burden on them, especially at a time of high inflation, so they will not treat the two equally.

Others have said Chinese Valentine's Day was promoted by businessmen to boost revenues only as far back as the late 1990s so it is meaningless to take it seriously.

"I think one day is enough to express love. There is no need to spend so much energy on both," said a Shanghai resident surnamed Wang.