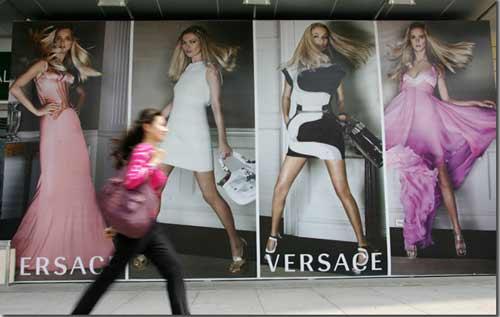 China is expected to replace Japan as the world's top consumer of luxury goods by 2012 due to its growing demand and the declining consumption in Japan.

Reducing import duty on luxury goods is only "a matter of time" as key ministries have reached general agreement on the issue, Yao Jian, Ministry of Commerce spokesman, told China Daily on Monday.

The commerce and finance ministries are likely to submit a proposal on measures to promote imports to the State Council, the Cabinet, and this will include details on cutting duty on luxury items, Yao said.

China has committed itself to doubling imports by 2015 to balance trade.

Amid a decline in import growth over the past few months there were suggestions that the government was considering cutting duty on some luxury goods, such as cosmetics, cigarettes and alcohol.

"The relevant authorities have, in principle, reached agreement on lowering import duty on some luxury goods to help boost imports, although there are differences of opinion on the specifics," Yao said, without elaborating.

With rising disposable income and a growing brand awareness, China is expected to surpass Japan by 2012 as the world's largest luxury consumer market, with an estimated value of $14.6 billion, according to the World Luxury Association.

But industry figures also reveal that Chinese consumers spend four times more on luxury goods abroad than at home, thanks to high import duty and taxes.

"Cutting duty (on luxury goods) is a general trend," Liu Huan, an adviser to the State Council and deputy director of the School of Taxation at the Central University of Finance and Economics, said.

"It should stimulate domestic consumption as consumers will spend more in the domestic market."

The Ministry of Commerce said that imports of luxury goods, and other items such as high-tech products, will be expanded.

"The tax cut will definitely help and improve our business in China. We are looking forward to it," Lutz Bethge, chief executive officer of Montblanc, told China Daily.

China has been the largest market, since 2007, for the German-based manufacturer of writing instruments, watches and accessories.

But some experts doubt the effect of cutting duty.

"Not all people can afford luxury goods and the majority of consumers are unable to buy them," Yang Zhiqing, deputy director of the School of Taxation at the Central University of Finance and Economics, said.

Zhou Shijian, a trade expert at Tsinghua University, agreed. "Not only luxury goods but also ordinary items, needed for everyday life, should be included in any import duty reduction."