Will developers get the message?

Will developers get the message? 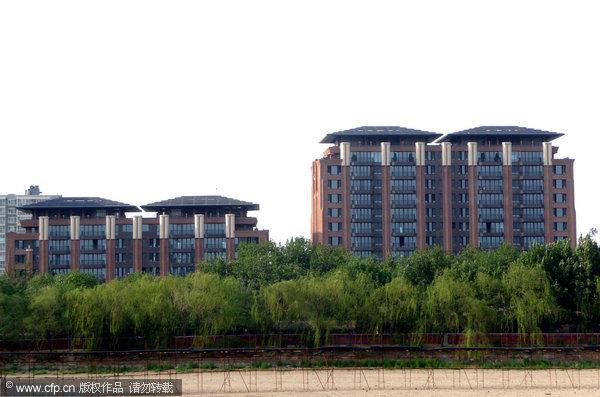 Diaoyutai No. 7, a luxury residential project in a prime locationin Beijing. [CFP]


Two recent events in the property markets of Beijing and Shanghai raise some interesting questions about the government's campaign to crack down on the nation's real estate bubble.

Last month, Diaoyutai No. 7, a luxury residential project in a prime location in Beijing, reduced its asking prices to a range of between 125,000 yuan and 150,000 yuan (US$19,320 and US$23,184) per square meter after the developer received a notice from the local housing authority.

Sinobo Group, which developed the project, was finally forced to make a statement on its website, admitting that "the previous prices were too high and could have some negative impact on the market." The company also suspended the sale of the top-floor unit, saying that it decided to keep it for its own use.

In Shanghai, a few days after the dust on the Diaoyutai No.7 controversy settled, Top Forest Villa in outlying Songjiang District grabbed local headlines for what was perceived to be another example of excessive greed. One of the stand-alone villas at the development was going for as much as 246,000 yuan per square meter, a record in the city.

The developer, Shanghai Xiangfu Real Estate Co, received a notice from the local housing bureau stating the villa was "overpriced." The company was then required to reset its asking price to 215,000 yuan a square meter - putting it more in line with other units in the project and in nearby housing developments.

Still, another villa in the development remains listed at 238,000 yuan per square meter, according to the city's official real estate website.

Some industry analysts dismissed the exorbitant prices as mere marketing stunts, but both events occurred amid the government's much-touted crackdown on housing prices just when property developers were expected to maintain a low profile.

The government has tightened mortgage credit and slapped restrictions on purchases of multiple homes. In Shanghai, a new property tax aimed at property speculators has been implemented.

One wonders whether property developers have gotten the message.

"By setting record-breaking prices, the two companies shot to fame overnight, even though their actions incurred criticism from both the public and industry watchdogs," said Song Huiyong, research director at Shanghai Centaline Property Consultants Ltd, operator of the city's largest estate chain in terms of transaction value.

"What I perceive from the two cases is that developers still remain confident about the long-term prospects of the industry and figure they can still afford to take such a high-profile approach," Song added.

Indeed, industry data seem to back that view.

According to a half-year report released on Friday by China Real Estate Information Corp and China Real Estate Appraisal, the country's leading real estate developers registered good performances in the first half of this year, despite all the government efforts to cool down the market.

China Vanke Co and Evergrande Real Estate Group both retained their status as the country's top home sellers. Each reported more than 80 percent growth from a year ago.

Shenzhen-based Vanke remained in the No. 1 spot value-wise after selling 64.42 billion yuan of new housing between January and June. Guangzhou-based Evergrande topped all other domestic rivals in terms of volume, with six-month residential sales of 6.2 million square meters.

Among the top 10 players by value, seven companies managed to sell homes worth 20 billion yuan or more in the first six months, compared with five players in that category a year earlier. By volume, six developers sold more than 3 million square meters of new housing, compared with only one in the first half of 2010.

Xu Jiayin, chairman of Evergrande, said last week that the current tightening measures will have negligible impact on large developers with significant operations in second and third-tier cities. Away from the nation's biggest urban areas, home sales are less affected by efforts to cool the market.

Xu also said international rating agencies, including Standard & Poor's, were too "pessimistic" about Chinese developers when they recently cut outlooks to "negative" from "stable."

The government continues to insist it will spare no effort in fighting soaring prices that put home ownership out of the reach of average Chinese.

Despite that avowed determination, home prices in many cities continue to remain persistently high though some slowdown in sales volumes has been witnessed.

In Shanghai, for instance, the average price for new houses stood at 21,930 yuan per square meter in the first six months of this year, an increase of 4.4 percent from the same period of last year.

Meanwhile, in the existing homes market, no meaningful discounts have yet appeared from those wanting to sell, according to the city's major estate chains.

Shenzhen-listed World Union Properties Consultancy Co, the first real estate service provider to sell yuan-denominated shares on the Chinese mainland, said in its latest report that the confidence of Chinese home buyers - particularly those who own no house or only one house - declined in the second quarter.