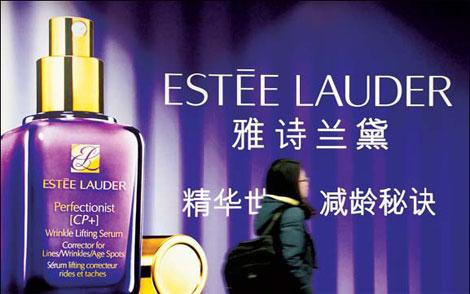 US-based cosmetics maker Estee Lauder Cos Inc raised the price of its brands by an average of 8 to 10 percent on July 1, a move that follows price increases by its competitors, analysts say, and that will not significantly affect its market share.

The group's brands on the Chinese mainland include Estee Lauder, Clinique, MAC, La Mer, Origins and Bobbi Brown, according to Selina Song, an employee from Estee Lauder (Shanghai) Co. The company spokeswoman was not available for comment.

Price changes of particular brands are usually the result of various factors, such as the rising costs of ingredients and labor, and their market performance, Liu Wei, director of public relations and corporate communications with Estee Lauder (Shanghai), was previously quoted as saying by the Beijing News.

"There are a couple of factors contributing to the increase in prices. The first is that the cost of the commodities used to make these products has increased, and many brands are raising prices so that their margins do not erode too much," said Ben Cavender, associate principal of China Market Research Group (CMR).

"The second for Estee Lauder is that competitor brands have also raised prices over the last several months and it is important for them to adjust the prices of products sold by their sub-brands so that brand image and positioning stay where they want," said Cavender.

Xu said it will not affect sales because their clients are less price-sensitive and more loyal. "This morning, our counter alone sold more than 10,000 yuan worth of products, which is pretty much the usual amount," she said.

Cavender said Estee Lauder is not likely to lose many customers. There is enough growth in demand in the sector that it should be able to maintain sales growth, he said.

Zhao Li, a middle school teacher and fan of Estee Lauder products, however, said she never buys them on the Chinese mainland. "It is too expensive to buy them domestically, and whenever a friend goes to the United States or Hong Kong, I ask him or her to buy some for me," Zhao said.

Zhao said she is not worried about price rises because she has plenty in stock. "Many people who buy high-end cosmetics are less price-sensitive, so a 10 percent price rise will not stop them," she added.

China's beauty and personal-care market had 160.83 billion yuan in sales in 2010, and is estimated to reach 177.7 billion yuan in 2011, up 10.5 percent year-on-year, according to the market research company Euromonitor International.