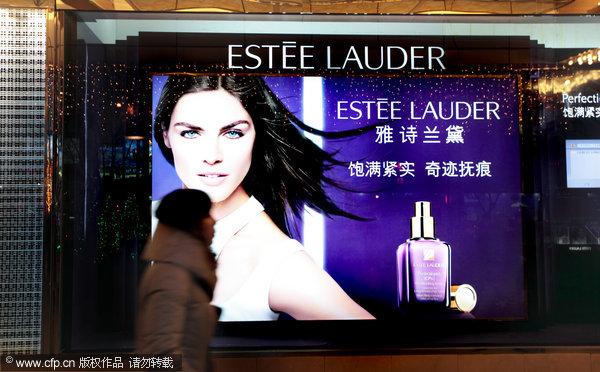 A lady walks past an adervertise of Estee Laudee. [CFP]

US-based Estee Lauder said it is raising prices of several skin-care products by 8 to 10 percent this month due to rising costs.

Brands such as Estee Lauder, Lamer and Clinique will be impacted by the price increase, the company said.

"We are following price fluctuations on the market," a media official with Clinique said.

Prices have also risen for other luxury products such as jewelry, watches and handbags.

"Profit margins for high-end products are large enough to cover rising costs," said Mu Feng, a senior consultant with Rushway Consulting Co. "But it's normal for luxury brands to raise prices each year to maintain status."

France-based L'Oreal has raised prices of its high-end cosmetics several times since January. Luxury brands, including Cartier and Hermes have all increased prices since May.

Chinese distillers created a public uproar back in January by raising the prices of several high-end liquors by 20 percent.