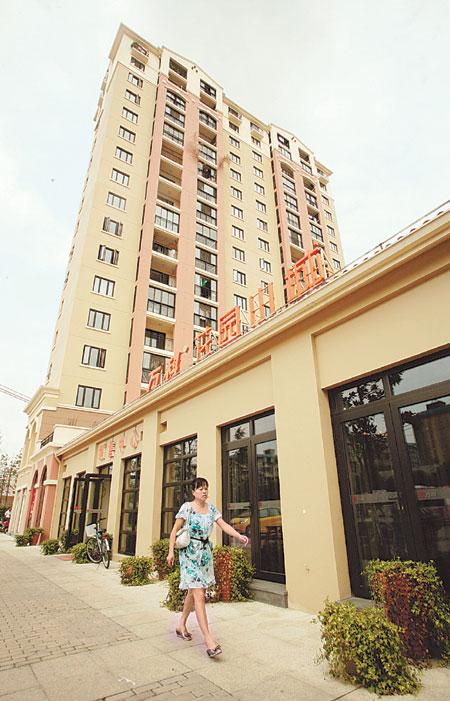 As the country's economic restructuring intensifies, the possibility of some credit assets evolving into "substantive risks and losses" has increased in 2010, China Banking Regulatory Commission (CBRC), the nation's top banking watchdog, said in its annual report.

After a record 9.6 trillion yuan loans flooded the market last year to shore up flagging economic growth, the regulator has repeatedly urged Chinese banks to control the pace of lending this year and is giving special attention to lending risks in the property sector.

"With increasing uncertainty in the property sector, imprudent behavior in personal housing loans is likely to rise and a chain effect may reappear in lending to real estate developers," the CBRC said in the report.

With the total outstanding loans for property sector standing at 7.33 trillion yuan as of the end of 2009, the regulator is asking commercial lenders to conduct quarterly stress tests of property loans in case of massive loan defaults following the government clampdown on the property sector.

The government has unveiled a barrage of measures to cool the country's red-hot property market since April, widely seen as a necessary move to head off asset bubbles, but these steps have caused concerns that the clampdown might add more volatility to the property sector.

China's property prices have so far shown little sign of easing, rising 12.4 year-on-year in May, down from the record expansion of 12.8 percent in April.

In the 128-page annual report for 2009, the fourth of its kind since 2006, the banking regulator also expressed concerns over "quite large latent risks" in lending to local investment vehicles, the entities set up by local governments to help finance public works projects.

"There are quite large risks embedded in lending to local investment vehicles, as some banks gave out a huge amount of such loans in a concentrated manner and scrutiny of such loans was lax," it said.

The regulator estimated earlier that outstanding loans to over 8,000 funding vehicles established by local governments jumped to 7.38 trillion yuan by the end of 2009, up 70 percent from a year earlier.

The report also warned Chinese banks against rising risks associated with banks' activities in transferring part of loans off the balance sheets, as such activities will lead to less stringent regulatory requirements for capital base and bad loan provisions.

Liu Mingkang, CBRC chairman, said in the report that the banking sector is facing the risk of a bad loan rebound on the domestic front, and should closely watch the development of a number of factors that might hold back global economic recovery, such as trade conflicts, sovereign debt crisis and global industrial overcapacity.

"In the post-crisis era, China's banking sector has reached a new height... we remain cool-headed about the weaknesses to be addressed and fixed," Liu said.