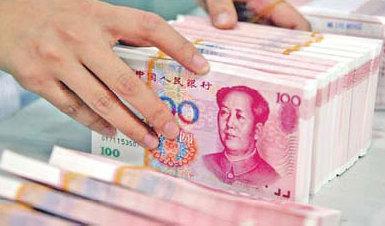 An employee of the Industrial and Commercial Bank of China Ltd counts notes in Huaibei, Anhui province.[China Daily]


China's biggest banks are close to reaching annual lending quotas and plan to stop expanding their loan books to avoid exceeding the limits, according to four people with knowledge of the matter.

Regulators are monitoring banks' loan balances on a daily basis to ensure the official target of 7.5 trillion yuan ($1.1 trillion) in new lending for 2010 is not exceeded, the people said.

China's government in the past month stepped up a campaign to limit credit expansion after inflation quickened and property prices surged.

"We don't think financial regulators will play the chicken this time around," Lu Ting, an economist at Bank of America Corp, wrote in a note on Tuesday. "Beijing's top priority now is to curb inflation and cool down inflation expectations. It is common knowledge that reining in loan growth is key to all efforts."

In November 2008, China removed an annual quota for new loans and started encouraging lending to revive an economy stung by the global financial crisis.

China's inflation accelerated to 4.4 percent in October, the fastest pace in two years. The central bank last month raised interest rates for the first time since 2007, and told banks to set aside more deposits as reserves twice in November, limiting their capacity to lend.

ICBC, China Construction Bank Corp, Bank of China and ABC had targeted a combined 3.2 trillion yuan of new loans this year, according to statements from the companies. ABC, China's third-largest lender, has exceeded its lending quota for November, one of the people said without providing details.

Spokespeople for the banks either declined to comment or weren't immediately available.

China should return to a "normalized" monetary policy as quantitative easing in the United States pumps cash into the world's fastest-growing economy and fuels price risks, Zhang Jianhua, head of research at the central bank, said in November.

Concerns that the central bank will have to step up measures to contain inflation have pushed the benchmark Shanghai Composite Index down 11 percent from a seven-month high on Nov 8.