With a simple headline reading "Let's talk iPhone," the invitation said that there will be an "executive presentation at 10 a.m.." This could be the first big product introduction by the newly installed Chief Executive Officer Tim Cook after he took over the reins of Apple from Steve Jobs in August.

The event, which will be held at Apple campus in Cupertino, California, has long been reported to be the introduction of iPhone 5, the next generation iPhone.

According to U.S. media reports, the iPhone 5 is expected to have revamped hardware design with a larger screen, a higher resolution camera and a faster dual-core A5 chip on which the iPad 2 runs. Apple is also reported to release a low-cost and contract- free iPhone model bundled with its cloud computing service iCloud. 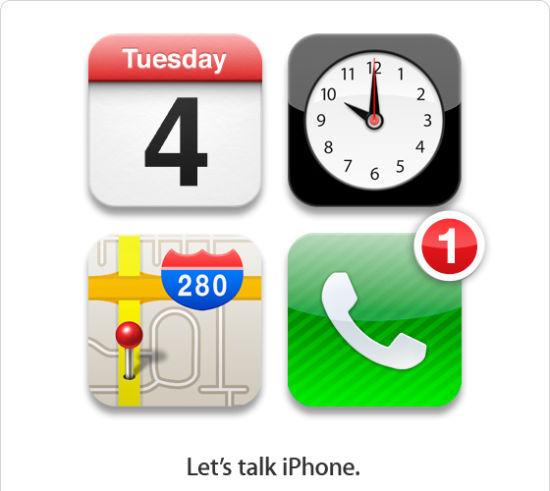