CGNPG may rebid for Kalahari

CGNPG may rebid for Kalahari 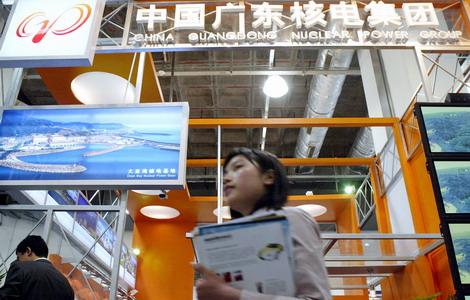 "The Chinese will be back," Simon Tonkin, senior resources analyst at Patersons, said on Thursday from Perth, Australia. "It's likely."

The United Kingdom's Takeover Panel barred State-owned China Guangdong from lowering a March proposal of 290 pence ($4.63) a share that valued Kalahari at 756 million pounds, the London-based resource company said on May 10. Both companies had approached the panel with a price cut to 270 pence a share, a move that after Japan's nuclear crisis slashed the value of Kalahari's 43 percent holding in Sydney-listed Extract.

China Guangdong can make a fresh bid from Wednesday - three months after the previous acquisition offer was denied - under UK rules, Tonkin said. A new offer for Kalahari may be about 250 pence a share, he said.

Shares of Kalahari climbed 4.8 percent on Wednesday to close at 218 pence in London trading, valuing the company at about 535 million pounds.

Extract, which on Wednesday announced a 37 percent gain in reserves at its Husab project in Namibia, rose 0.4 percent to A$7.23 ($7.79) at 2:40 pm Sydney time, valuing the company at A$1.8 billion. The shares have fallen 23 percent this year, compared with a 13 percent decline in the benchmark S&P/ASX 200 Index.