Hot Searches:
revaluation of the yuan,  the yuan,  energy sources,  oil and gas 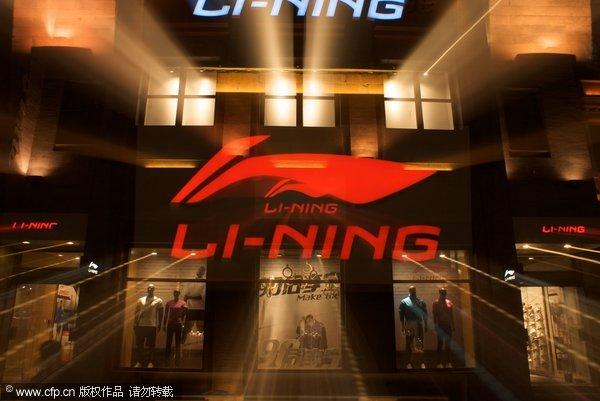 A new round of price hiking is under way after Li Ning Co Ltd, the largest Chinese sporting brand by sales in 2010, said in a recent report it will increase the price of its shoes and clothes by 7.8 and 17.9 percent respectively in the fourth quarter.

Li Ning's move was echoed by other leading Chinese sporting brands including ANTA Sports Products Ltd, Xtep Intl Holdings Ltd, Peak Sport Products Co, and 361 Degrees Intl Ltd, who announced they would increase the prices of autumn and winter collections by 10 to 20 percent.

The five brands, regarded as the "Big Five", are all listed in Hong Kong and each has more than 7,000 franchised stores on the Chinese mainland.

Xtep said its shoes and clothes will increase 10 and 17 percent in price. ANTA, the largest athletic company by market value, did not give a precise figure but updated an earlier announcement that prices would rise by "less than 10 percent in 2011" with a "double figure" year-round target.

The hike will push up the prices of domestically made sneakers, which now range from 300 yuan ($46) to 500 yuan, to nearly 600 yuan, closer to world-class brands such those made by Adidas AG and Nike Inc for the lower end of the market in China.

"Faced with the rising costs of raw materials, labor as well as rent, we have little choice but to raise prices," said Zhang Xiaoyan, head of Li Ning's public relations department. He added that the rents for commercial property had surged, contributing most to the rising costs.

Li Ning's distribution and administration cost has increased 7 percentage points to 38.8 percent of its overall operating expenses this year. Promotion fees were up 2 percentage points. The company has forecast a 5 percent decline in its 2011 sales.

Zhang also attributed heavier investment in research and development as a key factor in rising costs. The same applied to 361 Degrees, which emphasized this season's products will be of better quality.

It is not the first time that prices have risen this year: The prices of the spring and summer collections were raised at the beginning of the year.

"The spring hike was mostly ascribed to the rising cost of labor and raw materials but, with the fall of the price of cotton, manufacturers have to look for other excuses for the hike," said Liao Jierong, an independent observer of the Chinese apparel industry.

"An enhanced brand image and better quality are obviously the most acceptable reason for customers," Liao added.

"It's true that rising costs are adding pressure, but not so much that the company is obliged to raise prices," said Zhu Qinghua, an analyst with China Investment Consulting. He said the added-value of the brand is already high enough to digest the rising costs.

China Investment Consulting said in a report that the Chinese athletics market will boom in the coming years because more people are pursuing a healthy lifestyle.

"The athletic companies chose this moment to raise prices simply to weaken consumer sensitivity to the move, as well as for a higher profit margin and a stronger foothold," Zhu said. "But it's hard to boost sales simply by raising prices.

"The sales volume of domestic brands was mainly built upon the price advantage compared with international brands. With that advantage fading away, sales volume will also be affected."

Guo Hongchi, chief executive officer of Xijie.com, a leading e-commerce portal for sports goods, said: "As far as I understand, not only domestic sports brands are increasing prices, but so are their foreign counterparts." The executive added that prices will jump around 20 percent this year on average.

"Of course, the price hike will affect their sales as Chinese customers are very price-sensitive, but the online businesses will be much less affected," said Guo.

All major international and Chinese sports brands are available at Xijie.com, including Nike, Adidas, Puma, Li-Ning and ANTA. Last year, sales revenue reached 80 million yuan, and the figure is expected to increase to 100 million this year, according to Guo.

"In my opinion, the price hike will have a relatively small impact on low price-positioning brands such as ANTA and Jordan as well as on high-end international brands such as Nike and Adidas with their high profit margins," said Guo. "But at the same time, the impact will be relatively large for mid-level brands, including Li-Ning and Kappa."