China's most expensive apartment no longer up for sale

China's most expensive apartment no longer up for sale 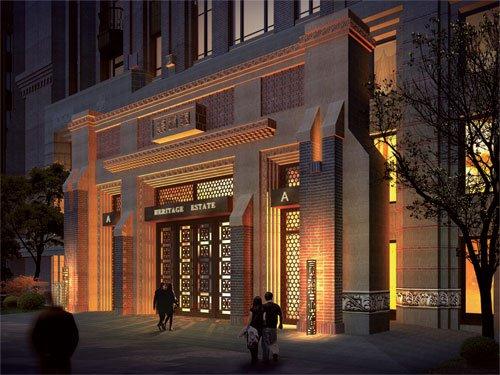 Diaoyutai No.7 Complex, located in western Beijing's Haidian District, was priced at more than 300,000 yuan per square meter by the developer.

China's most expensive luxury apartment is no longer up for sale, the apartment's developer said on Friday, following high media exposure and a government investigation concerning a possible case of profiteering.

The luxury penthouse apartment in downtown Beijing was being sold for more than 300,000 yuan per square meter, with a total price tag of more than 300 million yuan (about 46.2 million U.S. dollars), before the city government halted its sale two weeks ago.

The Sinobo Group, the developer's parent company, said on Friday in a statement on its website that it had decided to not sell the complex's penthouse apartment and would keep it for the company's own use.

The group also cut prices for the complex's 22 other apartments, according to the statement.

"The company has realized that the high prices may have bad effects on the market, as the government is working to control soaring house prices, said the statement.

Also on Friday, the Beijing Municipal Commission of Housing and Urban-rural Development said in a statement that they imposed a fine of 1.72 million yuan on the developer for violating sales and furnishing regulations.