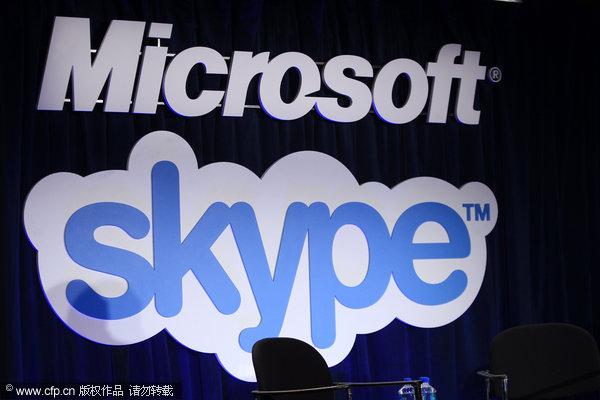 Microsofts's buying of Skype is approved by the European Commission on Friday. [CFP]

The European Commission on Friday gave the green light to Microsoft's acquisition of voice and video communication provider Skype, thus removing the last hurdle in the process.

According to a statement released by the Commission, "the deal would not significantly impede effective competition in the European Economic Area (The EU plus Iceland, Lichtenstein and Norway) or any substantial part of it."

The Commission explained that it found that in the area of consumer communications, the parties' activities overlap in video communications, where Microsoft is active through its Windows Live Messenger.

However, the Commission considered that there were no competition concerns in this growing market where numerous other players, including Google, were present.