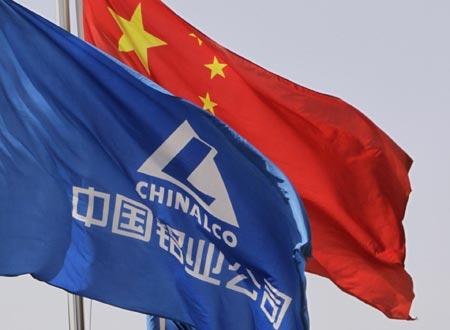 China's top producer of alumina and aluminium, used in construction, transport and packaging, said it had faced unprecedented challenges in 2009 as the global finanacial crisis hit demand and prices.

Although aluminium and alumina prices started to recover towards the end of the year, Chalco's total revenue fell 8.4 percent to 70.27 billion yuan ($10.29 billion), the company said in a filing to the Shanghai stock exchange on Friday.

Looking ahead, analysts have warned that rising production costs could limit the recovery in aluminium prices, which strengthened in the second half of 2009 from depressed levels.

Chalco could also face pressure on operating costs after it restarted higher cost operations in December, after operating at 88-90 percent of capacity at the end of October.

"That will partly offset the benefit of higher aluminium price," said Alexander Latzer, an analyst at Daiwa Capital Markets, before the results.

Fellow producers that had cut output during the global economic downturn also restarted smelters, which could limit the upside for the metal.

UC RUSAL, the world's largest aluminium producer, planned to restart 100,000 tons, or a fifth of its idled capacity, by the end of the first quarter.

Aluminium for three-month delivery on the London Metal Exchange MAL3 ended 2009 up 45 percent, but growth has slowed to 1 percent this year. 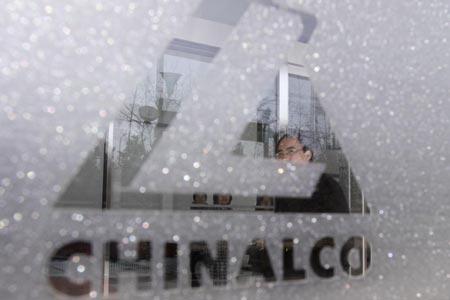 Chalco made a net loss of 1.14 billion yuan in October through December, compared with a restated loss of 2.55 billion yuan a year ago, based on Reuters' calculations.

The market had expected the company to reverse losses in the fourth quarter by reporting a profit of 1.34 billion yuan according to a poll by Thomson Reuters I/B/E/S.

High costs and weak demand in the global financial crisis dragged Chalco into the red, starting in the fourth quarter of 2008, before it returned to the black in the third quarter of last year with a small gain of 21.27 million yuan.

Management and financial costs climbed by 19 percent and 25 percent, respectively, in 2009, as the company restructured its retirement plan and increased its borrowings, the company said.

It also made a provision of 624 million yuan against long-term assets during the 12-month period.

Chalco shares closed Friday up 0.6 percent in Hong Kong before the results, although they have eased 7 percent this year, underperforming a 4 percent fall in the broader market. US RUSAL shares have lost about 19 percent from their IPO price since listing in Hong Kong in January.