HP Aims to Regain No 2 Spot

HP Aims to Regain No 2 Spot 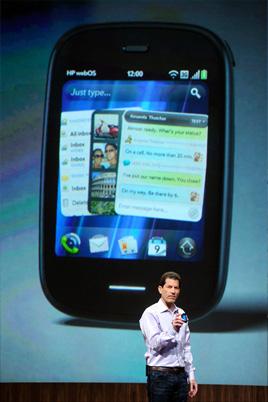 Executives from Hewlett-Packard Co (HP), the world's largest PC maker by shipment volume, told China Daily in an exclusive interview that this year, the company expects to reclaim its number two position in the Chinese market and is aiming for growth of 25 percent year-on-year.

HP previously occupied second place in China, but a series of quality and customer service problems last year saw its market share drop from 12.7 percent in 2009 to about 7.5 percent in the last quarter of 2010, placing the company fourth at the present time.

"According to our January data, HP's market share for consumer products has been increasing gradually, even though it hasn't returned to the number two position," Kitty Fok, vice-president of the research company IDC Asia-Pacific, told China Daily.

Jos Brenkel, a senior vice-president of HP, told China Daily that although the country has always been HP's most targeted market, 2011 will see the company invest an even "bigger amount" of capital.

Although HP did not disclose the specific investment amount, Brenkel said, "This year, we expect our sales revenue in China to be over 50 percent of our Asia-Pacific turnover."

Another HP vice-president, Paul Donovan, pointed out that the growth rate of the PC markets in developed economies is much smaller than that of emerging economies, such as China and India.

China is the company's second-largest market after the United States. In order to achieve its goal of reclaiming the number two slot, HP will place greater emphasis on its software, networking, and storage operations in China this year.

After purchasing the cell phone software and hardware maker Palm Inc for $1.2 billion last year, HP decided to launch two smartphones and a tablet PC, which are all based on Palm's operating system WebOS.

The new devices will be launched in the US in the summer, and later this year, China is scheduled to be the first country in Asia to receive the HP TouchPad.

"The biggest difference between HP and Chinese companies is that we are selling an ecosystem based on our WebOS rather than hardware. The operating system can 'pervasively' connect to all electronic devices," said Donovan.

By using the WebOS operating system, consumers can connect to other digital devices using the same system, which allows the devices to "talk to each other". The company has great ambitions for WebOS and aims to make it the global number one electronic operating system, exceeding Apple Inc's iOS and Google's Android, said Phil McKinney, vice-president and chief technology officer of HP.

"If HP can use the WebOS system in all of its product lines, including PCs and printers, the company will become the largest operation to have hardware devices and a software operating system," said Fok from IDC.

"We're embarking on a new era for WebOS with the goal of linking a wide family of HP products," said Jon Rubinstein, a senior vice-president of HP and chief executive officer of HP's Palm global business unit.

The company is formulating a plan to adapt the system into all its products, in addition to smartphones and tablet PCs, but hasn't released a detailed plan because "it is still too early to analyze the market".

"If customers have already purchased Apple products and applications, it will be hard to convince them to shift to another company's products," said Fok.

In response, HP said the Chinese market is huge, so the company won't "steal customers from Apple" and instead will focus on attracting new users in first- and second-tier cities.

However, the WebOS system seems designed to take advantage of a supply shortage of iPads to attract customers.

At an HP demonstration in Shanghai, employees demonstrated multitasking and Adobe Flash-viewing functions, which are not available on the iPad.

HP's president of China operations Isaiah Cheung said that although the company hasn't decided which telecommunications carrier it will cooperate with for its smartphones and tablet PCs, the price will be competitive.

The company also plans to rebuild its distribution channels, which were heavily damaged by a number of issues concerning product quality last year.