revaluation of the yuan the yuan
Home Facts china

When saving energy became a fashion

When saving energy became a fashion 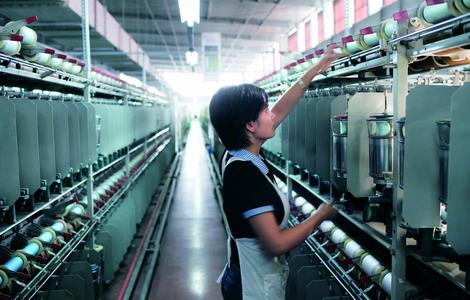 SHANGHAI - In addition to being one of the largest silk producers in the city of Hangzhou, High Fashion (China) Co Ltd has been responding to the government's call to conserve energy in the heavily industrialized province of Zhejiang.

Founded in 1973, the company - which has registered capital of more than 650 million yuan ($101 million) and a work force of more than 5,000 at its Hangzhou production facilities - manufactures a wide range of silk and other textile products, mainly for export to the United States and Europe.

"We not only want to be No 1 in silk, but also a champion in the national drive to save energy and protect the environment," said Qi Yaolin, the manager of the company's newly established public utility department, while taking a visitor on a tour of a recently installed solar-heating system.

High Fashion has invested in excess of 700 million yuan in recent years on what Qi enthusiastically described as "environmentally friendly, energy-saving and technologically advanced" equipment to help it "be in the vanguard" of the nation's efforts to fight energy wastage and industrial pollution.

At the core of the company's "green" energy facilities is a solar-heating system which has 13,000 square meters of solar paneling on the factory roofs, the largest single paneled area in Asia. The panels can collect enough energy daily to heat water to 55 C for use in the printing and dying of fabrics.

"A total investment of 12 million yuan on the solar heating system would meet the daily hot-water requirement of 1,300 tons," Qi said. By eliminating its old coal-fired furnace, Qi said, the company has saved more than 800,000 yuan in fuel bills and greatly reduce the emission of harmful gases.

Qi and his team have also created their own method of saving energy in the production process by using a gas-water separation process.

Last month, a steam trap was installed on the end of an ordinary steam iron to collect moisture and recycle the water for use in heating systems and other machines.

The method of washing clothes has been updated in the company's workshops as well.

Gone are the old-fashioned washing machines that wasted huge quantities of water. Now some of the water used in the process will be purified and then stored in a tank so it can be used again.

"This advanced equipment enables the washing machines to use recycled water to wash clothes and fabrics, thus reducing by up to 40 percent the amount of water required," said Qi.

He added that the company's fabric center has also upgraded four high-efficiency printing machines that reduce the amount of water used by each cylinder by about 50 percent. That, in turn, has resulted in a reduction of 4.5 hours in the length of the working process.

The production process has also been made more efficient with the aim of reducing energy use across the board.

The process has been more fully mechanized, resulting in a 200 percent improvement in efficiency.

Qi explained that the company is also employing seasonal energy-saving techniques in each part of the production process.

In summer, the company utilizes the lower cost of electricity in the evenings to freeze water overnight. The ice is then used to cool the air in the factory during the day instead of using air-conditioning.

During winter, the factory's waste gases are used to boil water and provide heating for the facility.

All the light bulbs used in the factories are of the low-energy type, saving a total of 364,800 kilowatt hours annually compared with normal light bulbs.

"We aim to replace all the low-energy bulbs with LED light bulbs to achieve even lower electricity use soon," said Qi.

According to the company's statistics, High Fashion reduced energy usage by an average of more than 20 percent annually between 2008 and 2010.

To deal with water wastage during production and minimize emissions, High Fashion has spent more than 11 million yuan on the construction of a drainage recycling project at the factory.

The facility has just been put into use on a trial basis and will recycle 1,000 tons of water from the daily drainage rate of 1,500 tons, almost half the total amount of water wasted every day.

"Our ultimate goal is to achieve almost zero wastage and reuse water as many times as possible," said Qi.