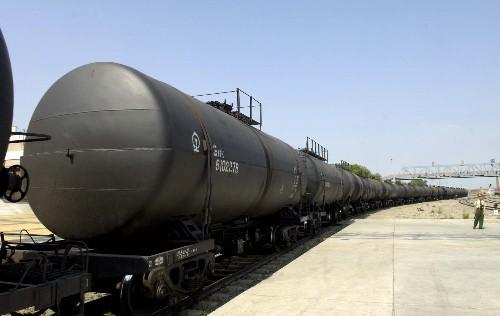 China's rising dependence on imported oil is threatening the country's energy security, and the government should step up energy management to ensure supply in future, experts have warned.

China's dependence on imported oil rose to 55.2 percent in the first five months of this year, up from 55 percent in 2010 and 33 percent in 2009, according to the Ministry of Industry and Information Technology (MIIT). Meanwhile, that of the United States has dropped to 53.5 percent.

China's oil consumption surged 10.3 percent year on year to 198 million tons in the first five months this year, according to figures from the MIIT. In the same period, oil imports rose 11.3 percent to 107 million tons.

Tong Xiaoguang, a researcher with Chinese Academy of Engineering (CAE), noted that the rapid growth in both imported oil dependency and oil import volume are signs of rising risks of China's oil trading in the global market.

"China is witnessing growing need of crude oil during its development of urbanization and industrialization," said Tong, who expected China's dependence on imported oil would jump to 60 percent by 2020 and 65 percent by 2030.

China will need 644 million tons of crude oil annually at lowest demand in 2030, according to a CAE study on China's mid- and long-term energy development strategy.

The MIIT expected annual oil consumption to reach 468 million tons this year, up 6.5 percent from a year earlier.

Dong Xiucheng, professor with the China University of Petroleum, said the government should also be aware that China's oil consumption growth has already outpaced that of the overall economy, indicating that China's economic development has largely relied on energy-intensive industries.

China's gross domestic product (GDP) growth stood at 9.6 percent for the first half of the year.

"The risk is that when the country's economic development largely depends on oil consumption, it is easy to be buffeted by oil price fluctuations," Lin Boqiang, an energy professor at Xiamen University.

He took the United States as an example, which has focused on natural gas exploitation in recent years as an alternative for oil, in order to avoid the influence of international oil price fluctuation.

Tong said the government should set a ceiling for oil consumption and adopt measures to keep consumption within the ceiling volume.

To reduce oil consumption growth, there is much room for China to boost its energy efficiency, and the country could also boost the development of natural gas, as it is rich in reserves and less expensive in price.