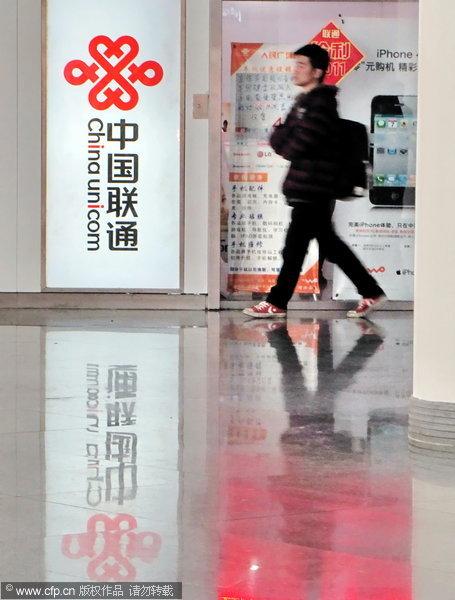 A pedestrian walks past a billboard carring the logo of China Unicom. [CFP]

China Telecom and China Unicom account for 90 percent of the country's broadband business and have formed a monopoly in the market, said Li Qing, deputy head of the NDRC's price supervision and anti-monopoly department.

The two companies face penalties of up to 10 percent of their annual business revenues, said Li.

Revenues from broadband business of China Telecom amounts to around 50 billion yuan (about 7.9 billion U.S. dollars) a year while that of China Unicom nears 30 billion yuan a year, she said.

China added 23.6 million broad band Internet users in the Jan.-Sept. period, bringing the total number to 149.9 million, according to data from the Ministry of Industry and Information Technology.