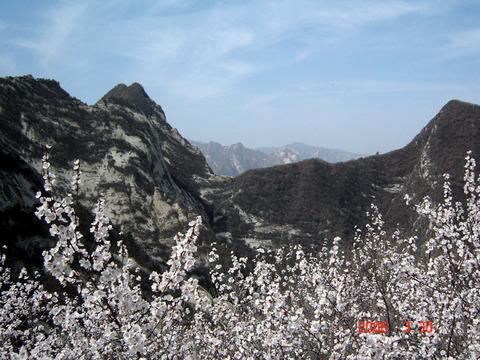 North peak of Huashan is also called Yun TaiFeng, 1614 meters above the sea level, the mountain lie is lofty and steep, three are empty definitely, only a small mountain range communicates with the mountain peak in the south. Peak of gaining the name because in the north of Huashan in the north. Have white the intersection of cloud and mist often again, peak it seems to be platform at the cloud, refined to claim Yun TaiFeng.

A stone of memorial archway peaks north mouth,at carved with by the peaks north Three words, visitors take pictures in one of the main places to regard as memory. Famous expert of calligraphy and painting brother Zhang Daqian in China visits Huashan to inscribe in the south, this is the place where the hero in 1949 take the fight of Huashan by strategy to begin too.

Huashan administration bureau has built up and taken Huashan memorial pavilion by strategy in the south of the north peak to commemorate this fight. It s a pity the building on the peak, burn in the fire in the ten years of turmoil. The extant building was in order to newly build later, its whole area was 810 square meters, whole structure was the building by the building, by the main hall, accompany hall, and front hall to make up.