The Western Mountain temple Shaanxi Xi an of China

The Western Mountain temple Shaanxi Xi an of China 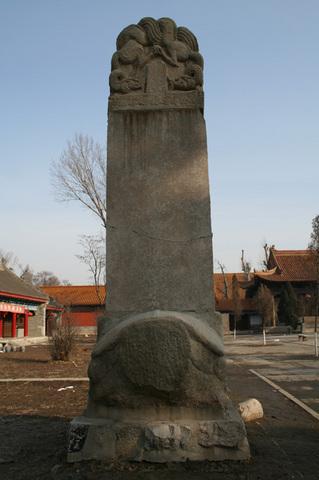 Lie in Huayin of Shaanxi Province, 5 kilometers from the south to Huashan. Established in the Western Han Dynasty, the ones that sent, to Tang and Song Dynasty, the ones that held were renovated and extended in successive dynasties in the Ming and Qing Dynasties, the extant building belong to more Ming and Qing Dynastieses and offer as a gift and construct.

The structure, overall arrangement and imposing manner are exactly like Beijing s Imperial Palace, there is Shaanxi the Palace Museum Its good reputation. Because it builds the time of temple in five temples of high mountain initially, the floor space is largest again, still known as First temple of the Five Mountains .

Classified as the national Key Cultural Relic Unit under State Protection by the State Council of China in 1988.

The Western Mountain temple is the important component of Huashan scenic spot. It, to Huashan highest peak, runs south and north in the form of central axis, the east part and the west part are symmetrical, wide in the other city. The hall is full of trees and solemn in the temple, the pavilion corridor Wu is interspersed, s ring of flowing water of arch bridge, the stone carving of the tablet is carved and stood in great numbers, the green pines and verdant cypresses are set off, the mythical legend is beautiful, have deep cultural inside information, it is the quintessence of China s ancient building art.

martial prowers is very close Stone memorial archway Wan over the years Ming Dynasty 1573- 1620)Build. The structure is four columns and three rooms of the fifth floor type. Its building is original and different, it is consummate to carve the tactics, has adopted various skills and techniques such as round carving, relief, line carving, openwork; The building patterns and relies mainly on symbolizing the brutish flowers and plants having good luck in ancient times in China, have superb artistic value very much, the the most intact in the temple, a of supreme garad building of stone tablet.

Culture of stone tablet There is the Western Mountain temple The small forest of Steles It claims. A lot of precious tablets in the original temple have already been collected by the country, such as two wolves tablet , Olibanum writes the tablet , whether Tang stated and praised the tablet holily Wait, extant a lot of tablets have extremely high research value, such as more than three tablets , three hopeless tablets (the week tablet of the north) turn on pieces of day the intersection of bank and horse, neat the intersection of ease and the intersection of philtrum and dragon of spiral Chen, high person of Taoism, The tablet is the treasure-house to study Chinese calligraphy art.