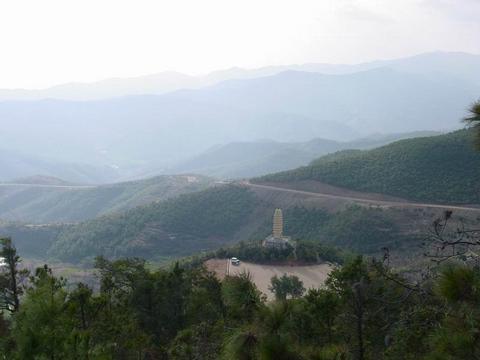 Tallin, under 0.5 kilometers and five about milk peak feet in the west of Shaolin Temple, little small stream and bank of Hebei, in the jungle, it is the Shaolin Temple successive dynasties place where the famous eminent monk bury the bone, because of tower being many, differ and high, low, bigly, smallly, thickly, thinly, spread it like the forest again, so called Tallin.

The tower is India s ancient sound The old woman of the tower Abbreviated as, mean the grave, the grave referring to the Buddhist monk in China. Generally the efficacious bone or mantle before death of the persons who die is laid in the tower.

Tallin is a tombs of past dynasties abbot and successful, contributory Buddhist monk of Shaolin Temple. Make according to Buddha, after having only famous monk, eminent monk nirvana, just set up the palace and build the tower, stone discipline will, with the clear charitable and pious deeds, later on encourage.

The structure level of the tower, the size at last, except prevailing custom and detailed conditions (such as war era of each historical periods, changes of dynasties,etc.) Influence, reflect the position, achievement and prestige of the persons who die in the Buddhism circle before death.

One-layer form eaves tower, one-layer dense eaves tower, Indian stop up slope tower and various types of lama s towers etc.. The Tang among them France plays with honorific Buddhist monk s tower It is oldest brick tower in Tallin, are located in the northwestern part of Tallin, build the chastity in Tang for a seven years (791) ,It is the square one-layer form eaves type brick tower, it is 8 meters high.

Except that the tower door, tower stopped and engraved becoming with the tower with the blue and green stone carving, the entire body was all built and made by polishing bricks with a waterstone, the tower door uses the tactics of the high relief, classical pattern such as ornamental flying Apsaras, Bin gal.

Yuan shine the common Buddhist monk s tower In the middle part of Tallin, builds to a five years (1339) in yuan . This is a one-layer dense eaves type brick tower, five a pile of eaves, model is beautiful, the back of the tower has stones that engraves one party, inscription write articles and write an epitaph for Shao yuan, Buddhist monk of Japan.