Hotel industry looks for a break

Hotel industry looks for a break 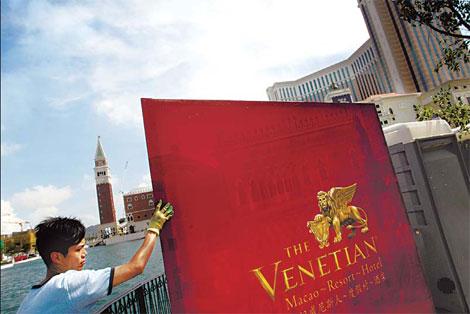 A worker erects a sign outside The Venetian in Macao, where the International Hotel Investment Forum Asia Pacific 2010 took place last month. [Agencies]

MACAO - The hazy overcast Macao skyline was a fitting backdrop for the movers and shakers of Asia's hotel industry to review the sector's fortunes.

Last year, the former Portuguese colony was at the epicenter of the difficulties affecting the industry in the wake of the financial crisis.

Many of the cranes building glittering new casino hotels for what is emerging as one of Asia's leading leisure destinations had come to a sudden juddering halt as plans were put on temporary hold.

If the industry's leaders had wanted to take the pulse of the sector then they might not have found one.

Both business and tourism levels plummeted and those with highly geared projects found bank funding had dried up.

Confidence is beginning to return, however. Although the numbers of hotels forecast to be built throughout Asia this year and next is, at 1,060, only marginally above the 974 completed in a single year in 2008, according to Lodging Econometrics, the US-based hotel real estate market analysts, the movement is in the right direction.

Anyone wanting funding from a bank for a hotel will still need, however, a copper-bottomed proposal and raising equity for hotel investment through an initial public offering remains almost impossible. Those fuelling Asia's hotel growth remain rich entrepreneurs, municipal authorities or, in the case of China, cash-abundant State-owned enterprises. 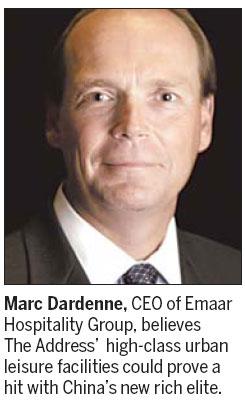 "Last year was extra negative. There were no deals being done. Everything was going down hill. There has been a big change in the last 12 months, particularly the last six."

Morgan Laughlin, managing director and regional head of real estate, Asia Pacific, for the Royal Bank of Scotland, said there had been fewer distressed sales of hotels in Asia, compared with Europe and the United States.

"In Europe and the United States there has been a lot of pressure from investment funds wanting to sell assets and so the price expectations of those selling hotels have had to adjust rapidly. In Asia, where many hotels are owned by individuals with a lot of their own equity, they will fight tooth and nail against lowering the price," he said.

He added banks were still cautious about lending money.

"What is a good deal today is very different from a good deal in 2007. The banks are looking closely at risk and that will remain for at least a couple of years."

China remains the powerhouse of the Asian hotels industry. Of the 1,200 hotels currently under construction throughout the whole region, some two-thirds, or 802, are in China, according to Lodging Econometrics figures.

Bruce Ford, senior vice-president of sales for Lodging Econometrics, said there was still confidence in China

"I think China today is the major focus of the world's hotel industry. It is a big part of the Asia story and is going to be the top country for hotel openings for each of the next two years."

Kevin Murphy, president and chief executive officer of Asiawide Hospitality Solutions, which advises hotel companies on investment decisions, said there was still often a mismatch in China between what was needed in the market and the desire of often public sector investors to build statement five star hotels, of which in many cities there is still an oversupply.

"I was asked to recently to produce a report on building a five star hotel at an airport," he said.

"Why would you want to build a five-star hotel at an airport? People have limited time and just want somewhere to sleep. It was what the chairman of an airport authority wanted and he would have moved on by the time it was built and had difficulty getting customers."

There have been concerns in China that the government policies to control the property bubble might lead State-owned enterprises to offload hotels and destabilize the market.

David Faulkner, regional director, consultancy and valuation, Asia, for Colliers International, the real estate services company based in Hong Kong, does not think this will happen.

"If 62 State-owned enterprises put tons of property on the market it would be Christmas come early for those buying the assets. It isn't going to happen. These properties will be parked somewhere," he said.

Murphy at AHS said there were a number of structural weaknesses in the Chinese market.

"Many of the people funding hotels are regional, either regional State-owned enterprises or regional banks, and it makes it therefore very difficult for anyone to build a national chain since they don't want to stray on to other territory," he said.

In Asia as a whole, despite its recent difficulties, the hotels market could be on the verge of an unprecedented boom.

"The next decade is going to be the era of mass market tourism in Asia," added Faulkner at Colliers.

"The volume in this market is not going to be from Europeans or people from the Middle East traveling but from Asians. If you look at the sheer wealth building up in Vietnam now, as just one example, these guys are going to want to go and travel."

Domestic tourism is certainly fuelling the budget hotels sector in China. Of the hotels being built in China, a quarter - some 201 - are in the lower price category with Chinese brands including Motel 168, Jin Jiang and the Nasdaq-listed Home Inns leading the way.

One looking to enter this market is Tune Hotels.com, backed by Malaysian entrepreneur Tony Fernandes, who founded the budget airline AirAsia and was recently linked with buying English Premiership football club West Ham.

The hotel chain was launched in 2007 and currently has 10 hotels open and a further 100 under construction.

It recently launched one in London with rooms available at 1 penny (0.11 yuan) a night and the next key target market could be China. Charging low rates for future bookings the company hopes to have higher occupancy rates than competitors.

Mark Lankester, the company's chief executive officer, said the company was having discussions about opening in China.

"I think our entry into China will be baby steps and at the destinations where AirAsia currently fly to. We are cautious because there are six or seven publicly-listed companies in China with 45,000 hotels between them and if they grouped together they could close us down very easily," he said.

A poorly served sector in China is the middle tier of three and four star hotels. One company aiming to fill it is Days Inn.

The China franchise for the US hotels chain is owned by Singaporean twins Harry and and David Tan, 53, and their younger brother Ted, 43.

Harry Tan, who used to work for the luxury Shangri-La group, said he knows precisely his target market.

"We are directly aimed at the middle class. There is a huge gap to fill and China's middle class will be the biggest market in the world," he said.

"This market is not crowded at all and in terms of numbers of projects we are the fastest growing company right now.

"At present whether a city has a McDonald's or a KFC is the yardstick by which you can judge it has reached a certain liveable standard. In future we want to be that yardstick."

A McDonald's meal is not what the Dubai-based Emaar Hospitality Group would ever think of serving up.

China is set to be one of the first international markets outside the United Arab Emirates for its ultra luxury urban resort hotel concept, The Address.

Marc Dardenne, the company's chief executive officer, believes its high-class leisure facilities right in the heart of a city could prove a hit with China's new rich elite.

"We have some good contacts in China and it could be a major opportunity to expand. We are also viewing Indonesia and Malaysian opportunities," he said.

One of the big problems in Asia but particularly in China is the poor level of staff training.

The myriad of hospitality management in China cannot produce the numbers required by the industry. Compromises have to be made also on on-the-job staff training.

"You have the situation where people of three to four years of experience are having to teach people to a level that is beyond the level they have reached themselves," added Murphy at AHS.

Asian hotel investors are not forced to stay within their own boundaries. Major chains in both the United States and Europe have been hit hard by the economic downturn and could soon be looking to offload properties. Those with the necessary cash might just be from Asia.

Faulkner at Colliers believes Asian investors may be about to make some high profile acquisitions in the West.

"They are certainly tracking those markets now and having a good look. They are pretty canny like that. I think if assets are reasonably priced you will see some acquisitions being done," he said.

With the maelstrom of the economic crisis still not too distant in the past no one in the Asian hotels sector wants to be overly optimistic. But Murphy at AHS said the mood was certainly improving.

"Certainly in terms of most Asian markets people are viewing investment returns more positively and future hotel investment is strengthening," he said.