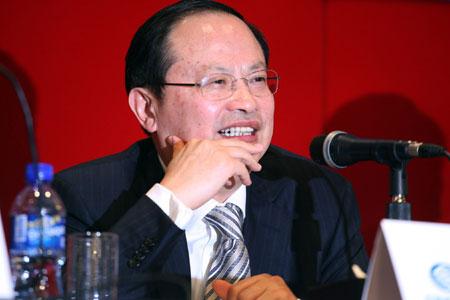 BEIJING - China Mobile, the world's largest mobile operator, said on Thursday that it plans to reduce capital spending over the next three years as network expansion for third-generation (3G) services nears a close.

The company will reduce capital spending from 123 billion yuan this year to 80.4 billion yuan in 2012, it said in its quarterly report.

'The convergence across telecommunications, Internet, radio and TV broadcasting networks will form a new market beyond the traditional telecommunications industry," Chairman Wang Jianzhou said in a statement on Thursday.

He said the company faces "fresh challenges" from the global slowdown and the growing saturation of the market.

With the country aggressively pushing for 3G services last year, China Mobile saw more revenue coming from value-added services. Its average monthly revenue per user in 2009 rose to 77 yuan for the full year from 75 yuan in the first nine months. That in turn, boosted the company's full year revenue to 452 billion yuan, up 9.8 percent over 2008.

China Mobile said on Thursday that the contribution of value-added services to revenues rose in 2009, including more than 10 billion yuan from a new mobile music service.

The company said last week that it will pay 39.8 billion yuan ($5.8 billion) for a 20 percent stake in medium-sized Chinese lender Shanghai Pudong Development Bank as part of its plan to develop mobile banking and other services.

"It is obvious that China Mobile needs to diversify itself to face the strong challenge from rivals China Unicom and China Telecom," said Pang Jun, an analyst from research firm GKF China.

According to company figures, China Mobile's market share in the new user market fell to 47.63 percent in November from 78.2 percent in January 2009, although the company still far outpaces its two rivals in total user numbers, accounting for about 60 percent.

Chief Financial Officer Xue Taohai said earlier that more than half of China Mobile's new subscribers are in rural areas, where average customer spending is lower. He said that might lower the company's profit margins.

Wang also said on Thursday that the company is still in talks with Apple Inc to offer iPhone, adding he wants to sell the handset "as soon as possible".

The carrier rose 1.92 percent to HK$76.4 on Thursday. The stock has advanced 2.6 percent this year, compared with a 9 percent increase for China Telecom and a 7.7 percent decline for Unicom.