BEIJING: Estimates that iron ore contract prices may go up have put further pressure on Chinese steel mills, forcing them to appeal to the government to solve the problem at a national level.

JPMorgan on March 12 revised its estimate to a 65 percent rise in iron ore prices this year amid stronger than expected demand from steel mills in China, from a previous estimate of 45 percent.

Hu Kai, an analyst from Umetals.com said apart from rising prices, the most unacceptable part for large Chinese steel mills is both BHP and Vale plan to drop a 40-year tradition of setting annual prices in favor of spot prices. 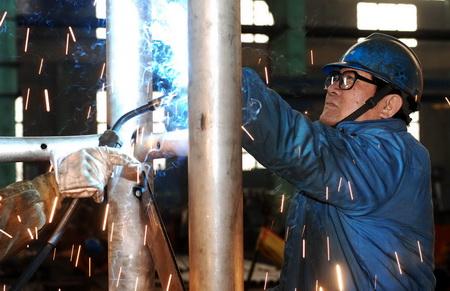 Vale told some Chinese mills it prefers to adopt iron ore spot prices based on rates at the Singapore Exchange a week prior, shifting from its previous price hike based on the difference between the spot price and last year's annual contract price, according to sources familiar with the matter.

This year's spot market prices for iron ore have soared above $130 per ton, more than double the benchmark price settled in 2009.

It means large steel mills that have enjoyed the benefits of annual contract prices will have the same competition level on iron ore prices with small and medium-sized steel mills, which usually purchase iron ore from the spot market, Hu said.

Leading Chinese steel mills have jointly written a letter to Premier Wen Jiabao to ask the government to deal with iron ore talks at a national level, the China Securities Journal said on March 13.

Other investment banks such as ING Groep NV last week increased its estimate to an 80 percent gain in iron ore prices while RBS analysts increased their forecast to a 60 percent hike.

Chinese steel mills have seen profits squeezed by a huge increase in iron ore costs even though demand is rising.

Official data shows that the average profit ratio of Chinese steel mills declined to 2.2 percent in 2009, down 53.4 percent from the previous year.

Chinese steel mills will not accept iron ore prices that are higher than the products can be sold for, Deng Qilin, president of Wuhan Iron & Steel Group, also the chairman of CISA, said earlier.

He said Chinese steel mills will either slash output and suffer losses or raise prices to transfer material costs on, but that could seriously affect downstream industries.