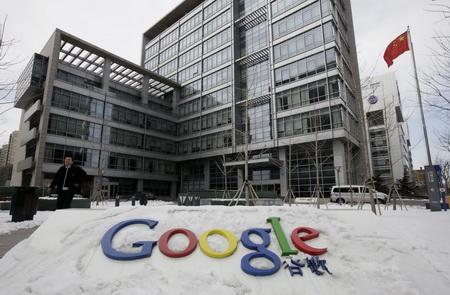 A man walks in front of the Google China headquarters building in Beijing. Talks with China have reached an apparent impasse and Google, the world's largest search engine, is now "99.9 percent" certain to shut its Chinese search engine, the Financial Times said. JASON LEE / REUTERS

The mood within Google's China headquarters is "business as usual" with most staff believing they will not lose their jobs if the Internet giant closes its Chinese search engine.

In January, Google threatened to abandon google.cn and quit China altogether over allegations of cyber attacks.

However, according to sources within the US company's Beijing office no official word has been given to employees about their fate, or the reported imminent closure of the Google.cn site, despite the news being replayed as a certainty around the world.

"There will certainly be no exodus," according to one employee inside their China operation who wished to remain anonymous. 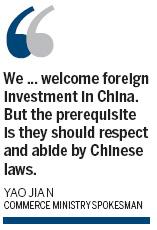 Instead, employees at the Beijing HQ, which opened its first research lab in 2006, will become a "labor pool" for Google, helping develop projects for other branches of the company.

"Should Google decide to pull out, the engineering and research staff will still maintain their positions," the employee said.

"The management has indicated that staff will not feel the effects of any decision made.

"Any employees that do lose their jobs will receive more than adequate severance packages."

Google, which employs roughly 20,000 people worldwide, has offices in Beijing, Shanghai and Guangzhou, with 400 working at their headquarters in the capital.

The employee said similar action will likely take place in other offices around the country, but it is not known on what scale.

Staff continued to file into the company's offices at the Tsinghua University Science Park in Zhonguancun, although most refused to comment on Google.cn's supposed imminent closure.

METRO's source believes employees who leave Google will have little trouble getting jobs in related fields due to the company's prestige in the industry.

The current situation is a far cry from 2006 when the company opened its operations to a fanfare of publicity under the Chinese name Gu Ge, which translates into English as "song of the harvest of grain."

China's minister of industry and information technology, Li Yizhong, warned Google on March 12 that it would face "consequences" if it were to violate Chinese law by ending its filters, saying such a move would be "irresponsible".

However, according to the Wall Street Journal on Monday, the US search engine was planning to stop censorship of search results within weeks after talks to end the deadlock hit a stalemate.

"We have all along maintained a policy of opening-up and welcome foreign investment in China. But the prerequisite is they should respect and abide by Chinese laws," commerce ministry spokesman Yao Jian told reporters on Tuesday.

"We hope Google will abide by the law, no matter whether it continues to do business in China or makes other choices," he said.