Impact of yuan rise on hotels yet unclear

Impact of yuan rise on hotels yet unclear 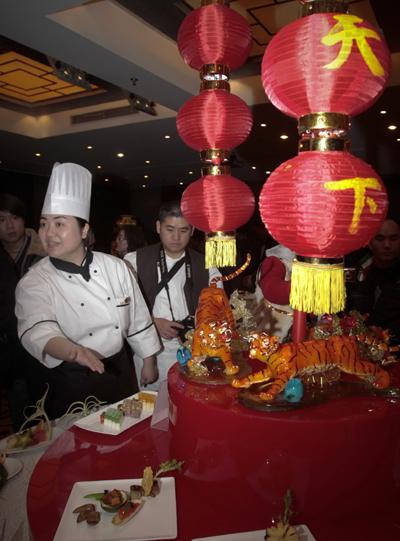 A Chinese culinary exhibition is held at the Shanghai Hotel earlier this year. For Shanghai, the immediate concern of hoteliers is to find beds for visitors flooding in to visit the World Expo. [China Daily]

SHANGHAI: With the continuous influx of foreign visitors to China, especially to Shanghai, which is hosting the World Expo hoteliers have shrugged off yuan appreciation as nothing more than a remote threat.

For Shanghai, the immediate concern of hoteliers is to find beds for the thousands of visitors flooding in from around the country and abroad to visit the Expo. Many hotels, especially those in Pudong district, have been fully booked months in advance.

"We really can't tell how this can affect our business," said Rainer Burkle, vice-president and general manager of the Ritz-Carlton in China.

"Exchange rate fluctuations usually won't make much difference to our guests," he said.

According to Burkle, business visitors from international sectors are willing to pay the difference in exchange rates due to "the growing importance of China".

"It (yuan appreciation) has no tangible affect on our business," said Burkle.

"The international branded hotels won't be affected a lot as they offer room rates in dollars instead of yuan for foreign customers," said Chen Xueyu, an official from Shanghai Municipal Tourism Administration.

"But in order to stay in local hotels, most of which range from three-star to budget hotels and charge in yuan only, foreign guests are expected to take a hit from the exchange rates."

But "we don't feel like we're earning more money as we get paid in yuan and use the same currency for day-to-day operations," said Nick Sun, the general manager of Marvel Hotel, Jin Jiang Hotel's new brand targeting business travelers. "We don't do much purchasing for the hotel's daily maintenance overseas, where a stronger yuan will show its advantages."

According to China Foreign Exchange Trading System, the exchange rate for the yuan against the US dollar was 6.8275 on June 18, a day before China said that it would ditch the peg to the US dollar, while the exchange rate rose more than half a percentage point to reach 6.7858 last Thursday, a new five-year high.

"One result of a stronger yuan will be that more Chinese hospitality companies will be looking to buying hotels overseas and expanding beyond China's borders," commented Roland Jegge, vice-president of Worldhotels, Asia Pacific.

Though the actual impact from currency appreciation on China's hospitality industry is not yet clear, both hoteliers and guests are paying close attention to further action from Beijing.

"Many players in the field are aware of the change in currency policy and are alarmed about the future impact on the business. But as we don't know exactly when it will happen and how much fluctuation there will be, we're still in the observation stage rather than the reaction stage," said Adeline Phua, associate director with HVS Hospitality Services.

The possibility of losing corporate guests is also a concern of hoteliers. Generally big corporations are very cautious about travel budgets and renew hotel contracts every six to 12 months.

These worries are less prevalent for Shanghai, hosting the six-month-long Expo.

Hotels in Shanghai's Pudong district are likely to see occupancy rates rise by 50 percent, according to the area's tourism chief. On this side of the city, guests can't be guaranteed an empty room even with baskets of money.

For Yuan Wenxiao, who works for a chemical company in Xian, planning a trip to the Expo Garden with 90 colleagues and their families has been complicated. She has to compromise and select a hotel located in Changning district, about 10 kilometers away from the Expo site, due to the lack of hotel rooms in Pudong.

"I have to give up my plan to visit the Expo as I couldn't find a hotel nearby," said Holly Xu, an employee from a branch of Korea Development Bank in Beijing.