BEIJING: China Mobile on Wednesday launched an online platform that enables its subscribers to read and download digital publications through cell phones and e-book readers, as part of its effort to profit from the country's emerging mobile reading market. 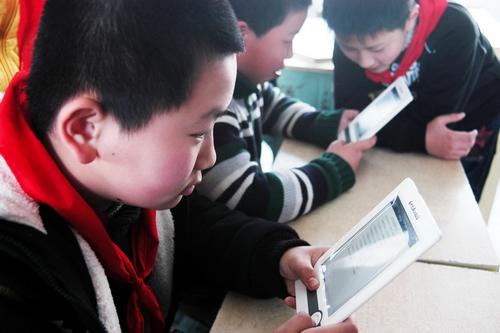 The world's biggest cellphone carrier in terms of subscribers kicked off an e-book store similar to Apple's iBook store, which gives users wireless access to a series of online publications such as e-books, comics and magazines.

"Reading habits have fundamentally changed," said Gao Nianshu, general manager of China Mobile's data department. He said the company hopes the new platform will attract over 200 million users in the near future.

According to figures from China's Ministry of Industry and Information Technology, cellphone users in the country reached 780 million at the end of March. Of that group, mobile readers surpassed 155 million, the ministry said. 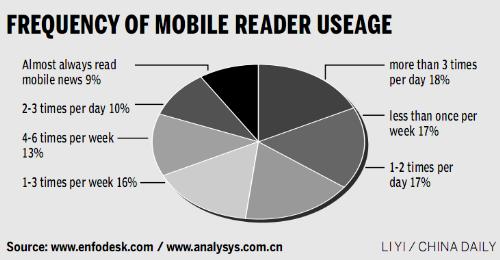 Interest in e-book readers made by firms such as Hanwang Technology, Amazon and Founder since last year also significantly boosted demand for mobile reading.

Gao said China Mobile's new e-book platform, which currently covers about 40 percent of the best selling books in the country, has attracted over 15 million users during four months of testing in eight areas.

But he said that although about 45 percent of Chinese mobile Internet users read books at least once a day by mobile phone, few of them are willing to pay for online content.

According to China Mobile, the subscription fee for its online e-book store is up to five yuan per month, 40 percent of which will be shared with copyright owners.

Zhong Tianhua, head of China Mobile's subsidiary in Zhejiang province, who oversees the company's online e-book store business, said the company's strategy is to attract as many users as possible in the first three years with the lowest pricing possible.

Companies including Nokia, Motorola, Hanwang, Founder, Datang and Huawei Technologies have released products that support China Mobile's new service. But many e-book makers have also established their own online e-book stores, putting them in competition with China Mobile.

It was reported earlier this week that China Mobile plans to team up with Foxconn Electronics of Taiwan province to produce its own e-book readers.