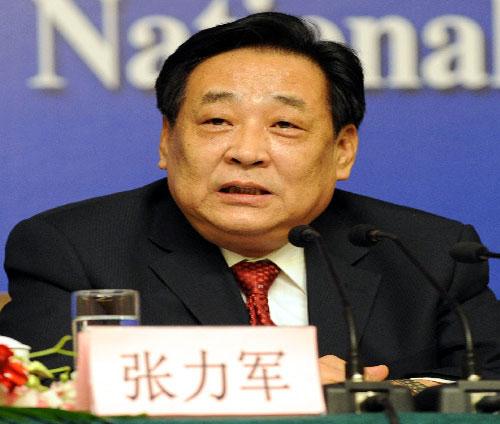 China will continue to lower the emissions of sulfur dioxide and nitrogen oxides, major pollutants from coal burning, this year on the basis of 2010, Vice Minister of Environmental Protection Zhang Lijun said Saturday.

Emission reduction of the pollutants is an obligatory target for local governments, Zhang told a press conference on the sidelines of the national parliamentary session.

However, Zhang noted that the challenge is grave, as coal consumption is expected to keep rising in the next five years, without giving specific figures.

The emission control of nitrogen oxides will be the hardest, he said. Nitrogen oxides can also be found in the exhaust of motor vehicles.

To meet the target, Zhang suggested the quantity control of automobiles in China's populous metropolises, and a cap on the discharge of nitrogen oxides in power and cement industries.

The official also suggested that nitrogen oxides emission be made a prerequisite in approving new industrial projects.

The ministry will soon issue a revised standard on pollutant emission of coal-based power plants, one of the highest standards in the world, according to the vice minister.

China faces increasing environmental challenges, as the government tries to maintain a high momentum of economic growth, and the fast process of urbanization piles up pressures on environmental protection, Zhang said at the press conference.