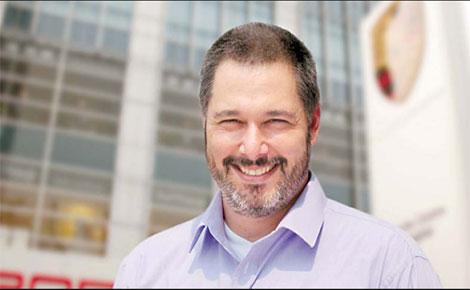 Chinese companies told to consider how they are perceived

The managing director of global brand consultancy Interbrand China, based in Shanghai, said being able to access consumers through the Internet and social network sites, was a potential boon to companies from emerging markets.

"The technology is a great leveler. It can put companies on an equal footing with the brand giants. They are now able to target narrow segments of markets anywhere in the world just like the big guys with all their resources," he said.

Chajet, who has written extensively on the rise of emerging market brands, said it would be a symbolic moment when China had its first truly global brand.

"I think for Chinese people, the government and Chinese CEOs it would be enormously important. It would signal to the world the country had arrived," he said.

He insisted, however, it should not be regarded as a holy grail because the success of the economy does not depend on it.

"I don't think it is so important economically because China's growth is going to be mainly domestic over the next 10 to 15 years," he said.

"Chinese brands face substantial challenges in going global. Finding the right brand name is often a hurdle as many Chinese brand names are difficult to pronounce in Western markets, " he said.

"Roewe, Haier, Jahwa (the cosmetics company) and Wuliangye (beverages company) are tongue-twisters in Latin-based languages and difficult for consumers to remember."

"Brands like Huawei (the leading Chinese global telecommunications solutions provider) have been exceptionally successful overseas but its brand is largely a business-to-business one and doesn't have the level of awareness of other companies in its sector," he said.

Chajet said if Chinese companies were to build truly global brands they had to think beyond just offering low prices as a strategy.

"Low price is a perfectly reasonable strategy. There is nothing wrong if one of the components of your strategy is low price. There are a number of world-class brands built on low price such as Walmart, Dell and Toyota," he said.

He added, however, that companies known just for low prices have problems if they want to move into premium segments of the market.

"A company like Mercedes Benz can sell an $80,000 car and also one that is $17,000. They find some consumer resistance from those who bought the most expensive car but it is just about manageable," he said.

"The problem arises when you try and go the other way. If you are a low priced brand trying to attack the more premium segment of the market it is much more difficult."

Chajet said Chinese companies might be better targeting their brands at Asia and Africa rather than the more difficult markets of Europe and North America, which are dominated by established players.

"A lot of Chinese CEOs talk about targeting the 300 million consumers in the US and Europe. The reality is that in some cases they would be better positioned selling to the 3 billion consumers in China, India and Africa," he said.

"If I was a shareholder wanting the best return on my investment I would tend to sell to markets that were already predisposed to what I was offering. I would see creating brands to reach a more premium segment as more a part of a longer term strategy."

Chajet said brands always tend to be associated with their company of origin.

"If you think about the country of origin of any global brand - Coca-Cola, Chanel, Mercedes, or Toyota - you would probably get most of them right, " he said.

Most people also have clear brand associations with entire countries: France is synonymous with luxury, Germany with efficiency, Italy with fashion and Japan with precision."

He said the image of China in the rest of the world was gradually changing and that would eventually reflect on its brands too.