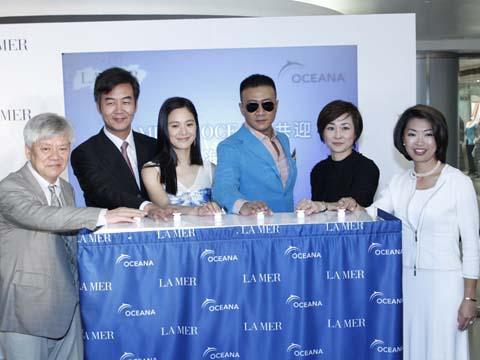 BEIJING: La Mer, the premium skincare brand, has just changed its logo from the traditional pink to blue - the color of the sea - to coordinate with its green program of ocean protection.

The brand set up strategic cooperation with Oceana, the largest ocean protection and restoration environmental advocacy group, in 2005 and introduced a related program to China last year that focuses on the prevention and study of red tide, a serious pollution problem in some Chinese waters.

La Mer donated 300,000 yuan to the School of Environment Sciences and Engineering at the Shanghai Jiao Tong University for red tide research in 2009.

After one year's work, the research team has developed a prototype machine for the monitoring and delivery of early warnings of blue-green algae, the major cause of red tide, according to Kong Hainan, professor at the university and coordinator of the program.

The machine is now on trial at Taihu Lake, Jiangsu province, and is expected to be promoted nationwide soon.

Red tide is a harmful algal bloom of phytoplankton that kills fish and renders water unusable. Such blooms often take on a red or brown hue, hence the name. 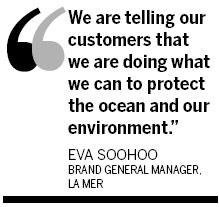 In addition to its support for scientific research and development on red tide control, La Mer is to further promote public education on daily green behavior by inviting celebrities to offer green life tips.

Inspired by the sea, Crme de la Mer was formulated by aerospace physicist Max Huber in an effort to heal chemical burns he suffered. After 12 years and more than 6,000 experiments, Huber used bio-fermentation technology to blend a mixture of sea kelp with an array of vitamins and minerals, oils of citrus, eucalyptus, wheat germ, alfalfa and sunflower in the 1960s.

The biological cosmetic was designed to be closely related with the ocean, and the producer was aiming to highlight its green and environmentally-friendly features.

Over the last five years, the brand of Estee Lauder Group has donated more than $500,000 to Oceana and lobbied the United Nations to name June 6 as World Ocean Day. This year, it offered an additional $200,000 to Oceana for marine biological conservation projects.

"We are telling our customers that we are doing what we can to protect the ocean and our environment. The color change of our logo is a kind of symbol of our devotion," said SooHoo, adding that China was an important market to La Mer and that it planned to be more active there.

Managers say the top-end skincare brand entered China in 2005 and achieved robust growth in a short period of time, though the firm declined to reveal business figures. A Euromonitor report indicated that in the 1980s, China's total sales of cosmetic products were less than 200 million yuan, but in 2007, the number increased to 70 billion yuan. It is estimated the figure will rise to 100 billion yuan in 2010.