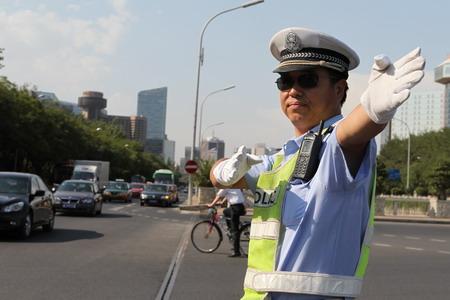 The Beijing government announced on Tuesday that, starting this month, it will double a 'high-temperature' subsidy for workers in the city whose workplaces are outdoors or hotter than 33 degrees Celsius.

Statistics from www.weather.com shows that the temperature in Beijing was as much as 40.6 degree Celsius at 4 pm on Monday and as of 3 pm on Tuesday, it was up to 38.9 degrees Celsius.

"It is harder to work in such extreme temperatures, so the subsidy adjustment is necessary," said Mao Ai, deputy director of the labor relationship department of the Beijing Human Resource and Social Security Bureau.

Mao said the adjustment was also made partly because of the rising consumer price index in the city.

She also said employers are required to give their employees a similar subsidy during July and August if the workers are outdoors a lot or if their workplace can't be kept cooler than 33 degrees Celsius.

However, some workers say they have never heard about the subsidy.

"We do not get any subsidy and our labor contractor has not told us anything about the subsidy," said a worker at a construction site near Huixin East Bridge, who did not want to give his name.

He said most of his colleagues at the site are paid about 90 yuan per day and no other payment. Their payments are no different if they work outside or inside, he said.

Workers not getting a subsidy should be able to take their concerns to labor authorities, but the construction site worker said such regulations are of little use to the majority of those they are supposed to help.

"We do not know about the subsidy," he said. "How could we then complain about not getting it?"